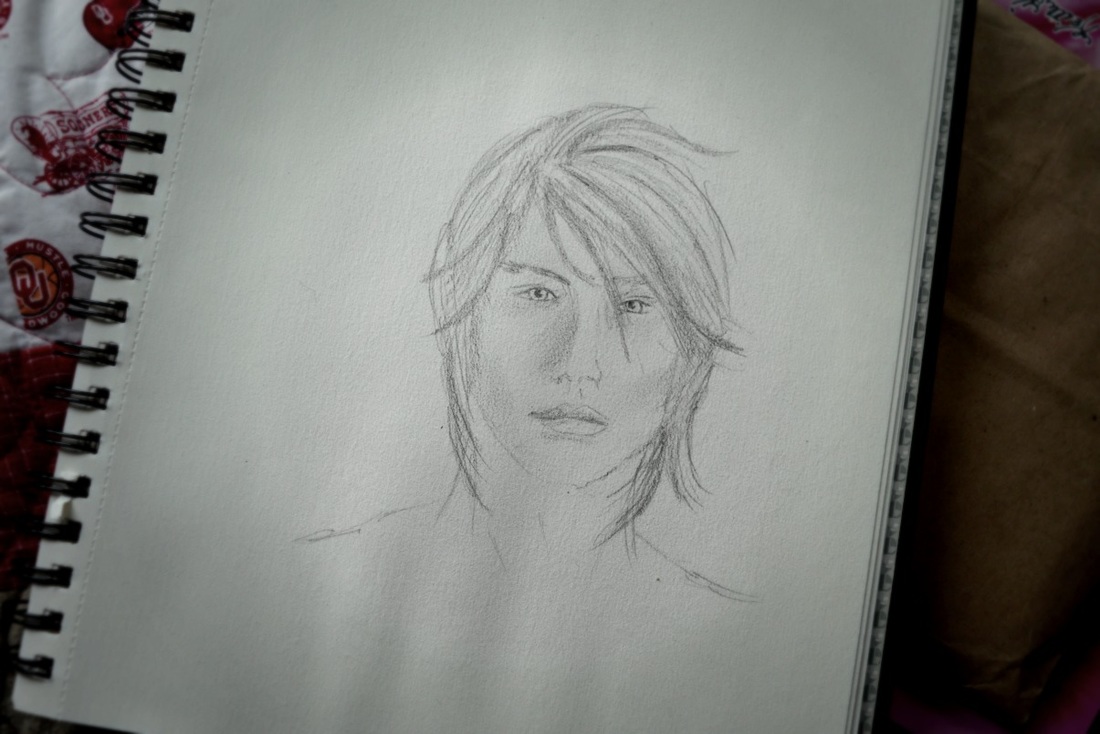 Personality
Keegan is self-assured and very independent. He is also quiet, realistic, and a matter-of-fact person. He values his individualism and likes to apply his skills to new tasks. But, he is also a very spontaneous and impulsive person who likes to follow sudden inspirations. He enjoys tempting fate and likes to take risks. He does not like obligations and is not sensitive to interpersonal relations. He can actually be rather surprised when he rubs someone the wrong way with his direct and blunt nature. Give him space and you will find that he is an uncomplicated, sociable, and cheerful person to be around.

Story
Keegan’s beginnings were a strange mixture of humbled importance. He was born a Wovlen and was tattooed to signify that he was part of a hated race. As a young child, his family traveled from town to town, trying to find work and trade, forced to survive on the very basics of life. He has memories of personally being mistreated in the towns that they passed through. However, his father was an accomplished dragon slayer, and his grandfather had been well known and respected. So, in spite of the mistreatment and rejection he received, his father was respected and his was family tolerated within certain limits.
When he was 9 years of age, his father and his uncle finally decided that it would be healthier for their families if they settled someplace away from the society that rejected them. Though it was risky, they decided the best place to stay would be the Dragon Plains. Keegan and his family spent three years in the Dragon Plains before they were attacked by the black army. Keegan witnessed his father’s death, which haunted him for years afterward. After witnessing the massacre of his family and village, he sought refuge in the dreaded Dragons Forest where he met Pharrgon, a golden dragon who adopted him as a son. The dragon taught Keegan wilderness survival, sword fighting and tactics, turning the boy into a formidable warrior.
Roughly 11 years after his village was massacred, Keegan bonded with a wild horse from the Dragon Plains, named Ardor. He began traveling, searching for clues that would lead to his father’s murderer. It became his life purpose to hunt down those who had attacked his people and then exact revenge.